I haven’t been to the Cliffs lately.Â  All of the pictures on this site today are prior to the 2011 fire.Â Â  I received an additional special assessment of $150 with my HOA dues.Â  There was also a letter explaining the assessment.Â  Basically, if you own one vacant lot you wereÂ  billed $150 on the statement due 1/3/2012.Â Â  If your lot didn’t burn, $50 dollars ($200 total) will be added to the next HOA bill.Â  If your lot did burn, you will owe an additional $215 ($365 total) to be billed in smaller increments over time.Â  The letter didn’t tell you if your lot burned or not.Â  I’m certainly glad I don’t own more than one lot.

I suppose I need to call to see if mine was burned so I know what to expect.Â  I would like to have had some pictures after the fire before the re-seeding and tree planting began.Â  The lot was mostly weeds to begin with and now we have to pay to put real grass on it.Â  I would expect that any grass would come back stronger than ever after the fire.

I wouldn’t be surprised to see the number of lots owned by the HOA to increase significantly this year.Â  Are lots held by the HOA subject to the same sale limitations as a normal lot owner?Â Â  Or, are they sold by the Cliffs sales staff?

If that is the case, why aren’t property owners who want to sell able to do so through the sales staff?Â  Possibly because they would be flooded with lots for sale.Â  I wouldn’t be surprised to learn that 75% of the property owners have buyers remorse, possibly worse than buying a bad timeshare.Â  🙂 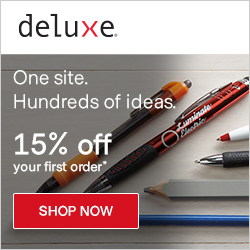